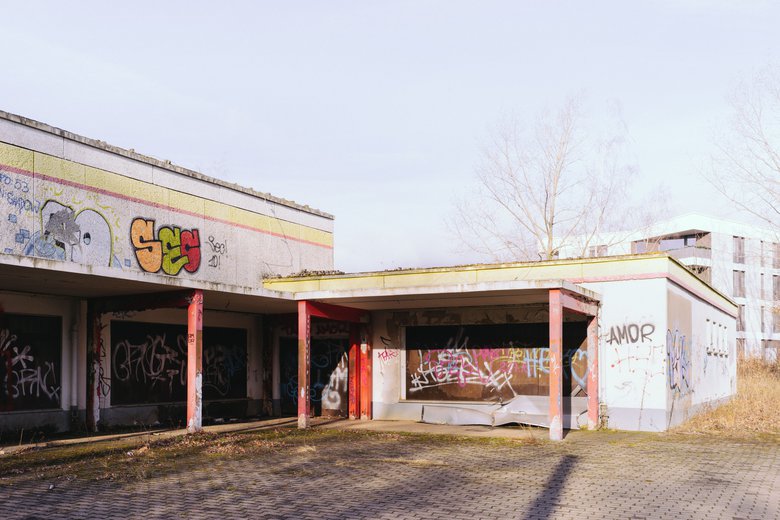 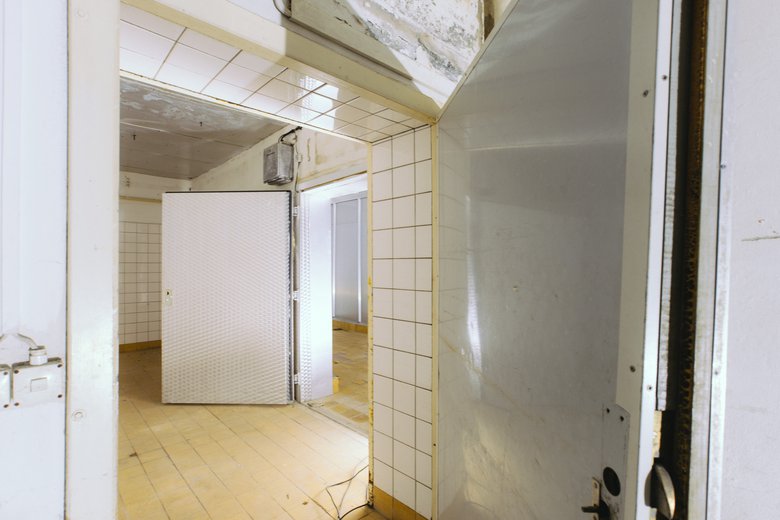 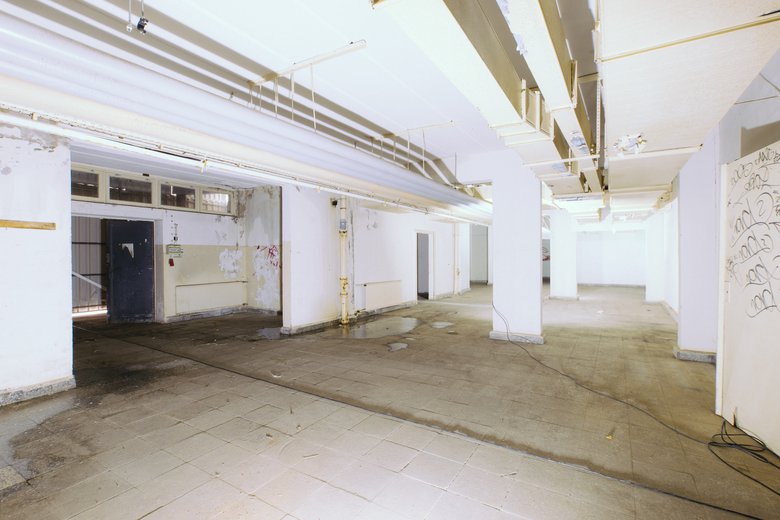 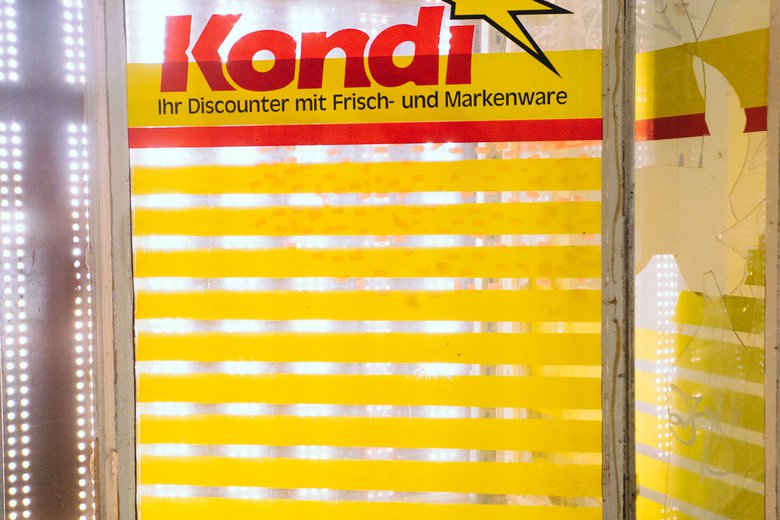 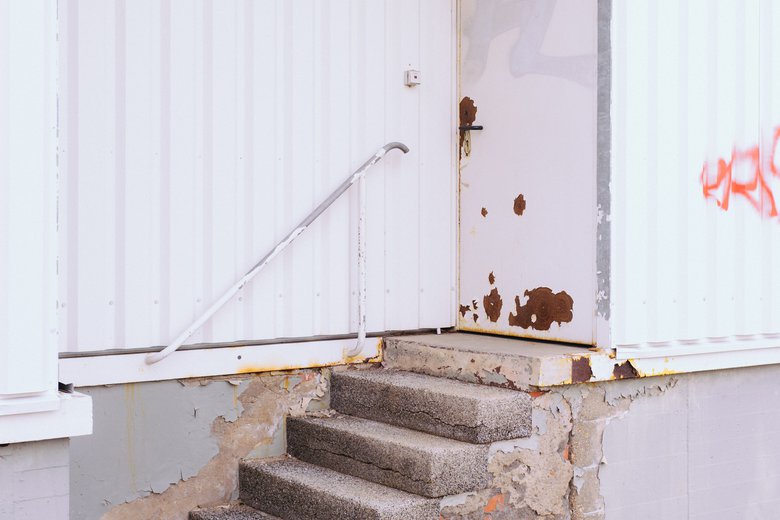 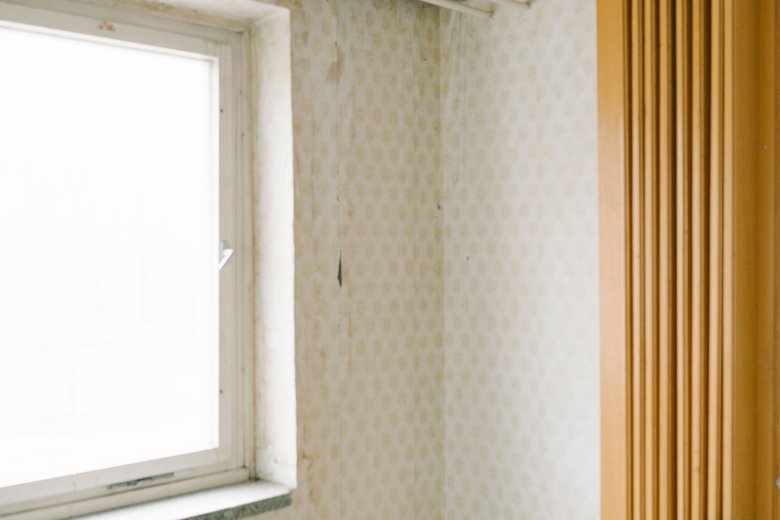 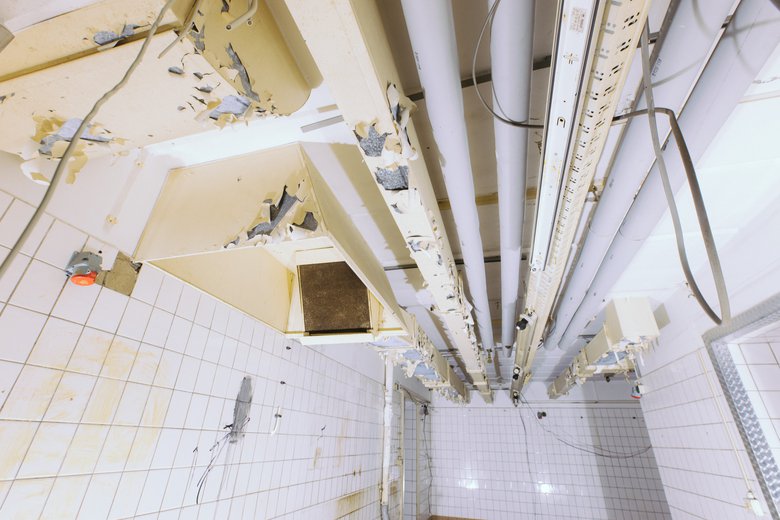 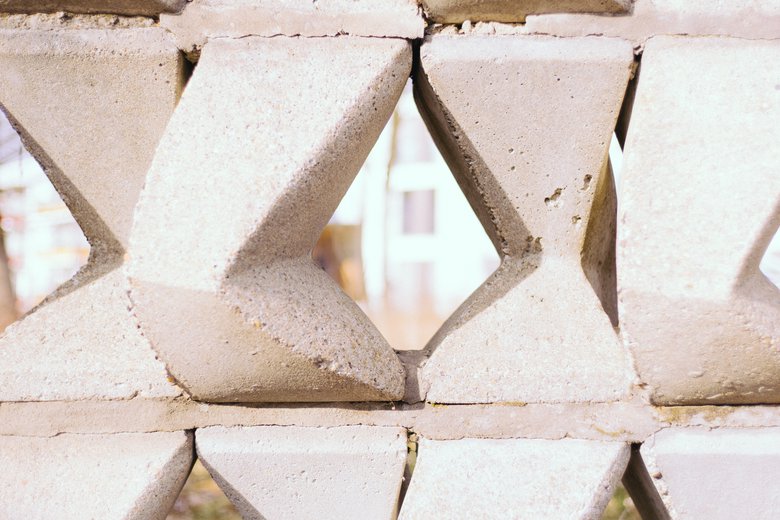 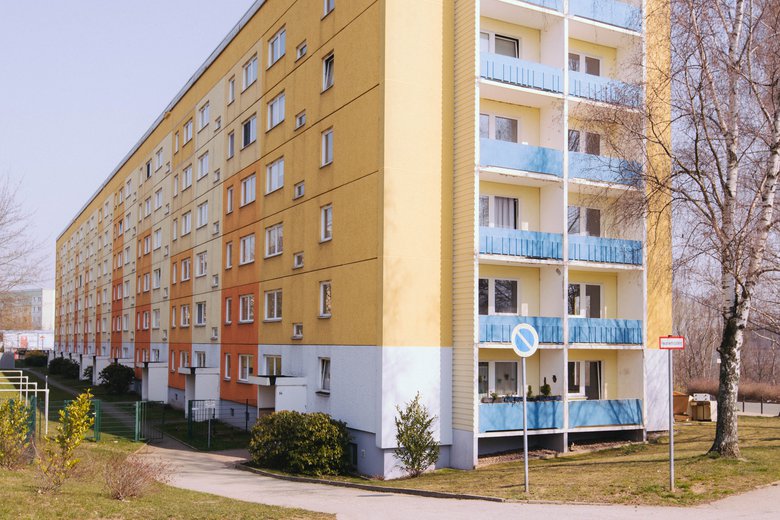 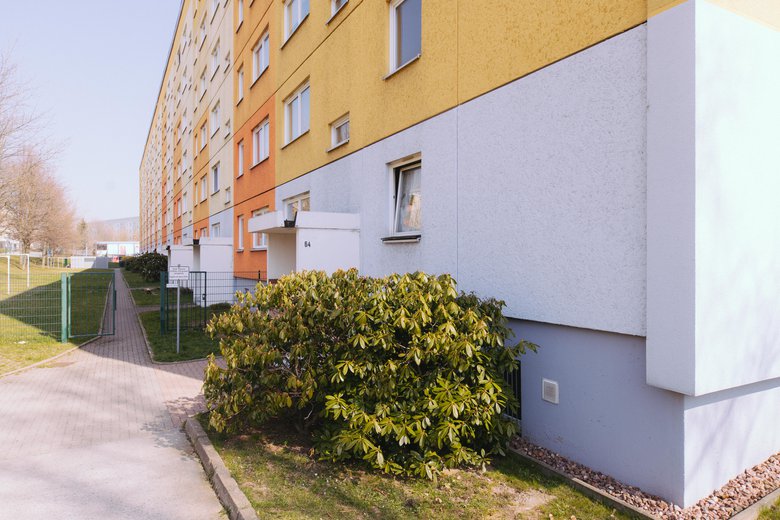 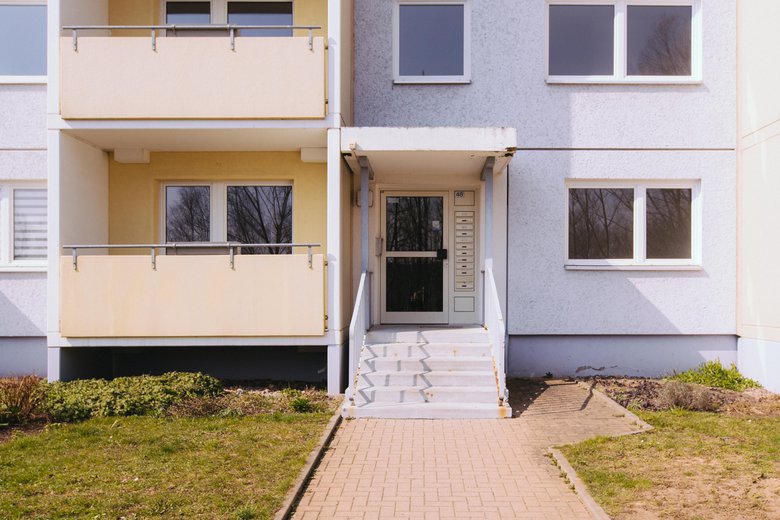 The biggest area of prefabricated housing stock in Chemnitz will be the setting for this year´s edition of Begehungen. The construction for the residential area “Fritz Heckert” in Karl Marx Stadt - commonly referred to as ”Heckertgebiet” - started in 1972. It extended over the three districts Kappel, Helberdorf and Markersdorf. It was the third largest prefab building area of the GDR, inhabiting 90,000 people. It was divided into nine construction areas from 0 to VIII, latter was set up in the 1980s. Its´ second part was the last gasp of the GDR´s residential construction. One part of the shortly before the political changes of 1989 - the so called ‘Wende’- completed buildings was the shopping centre at the tram´s last stop Hutholz. The ‘Kaufhalle’, by now abandoned for several years, will be the centre of this year´s festival.

First of all a short digression featuring the history of eastern-german of prefabricated building areas. Within the debate on formalism in the 1950s the accomplishments of bauhaus in arts and architecture were rejected. The new constructions in the GDR followed the “socialist realism”, which nowadays still can be seen in the Karl-Marx-Allee (former Stalinallee) in Berlin Mitte and Friedrichshain.

Starting in the mid of the 1950’s the industrialisation of residential housing was requested, especially because of economic aspects. The focus on the ideas of modern construction was increasing, which culminated in 1971 as a state objective regarding the elimination of the housing deprivation until 1990. Therefore began the extensive planning of the prefabricated building areas - based on the principles of Bauhaus. The residential area “Fritz Heckert” in Karl-Marx-Stadt (nowadays: Chemnitz) was a result in the course of this master plan.

Our festival centre - a former Kaufhalle - is part of the last construction section, which was completed shortly before the end of the GDR. The grocery store itself is product of the publicly owned housing combine “Wilhelm Pieck” Karl-Marx-Stadt. Apart from the different standardized constructions for residential buildings they also developed plans for special constructions such as supply centres, public indoor swimming pools and grocery shops - so called Kaufhallen - were constructed nationwide following the same pattern.

“Our” Kaufhalle was one of the last buildings to be completed in the residential area “Fritz Heckert”. It opened in 1988/1989 and served as a local supply centre.

Within the social transformation in the GDR the prefabricated building areas became less appealing throughout the whole GDR and in addition, emigration caused a significant level of depopulation. This resulted in a high vacancy rate in the prefab living areas of Chemnitz. Responding to this trend lots of prefab houses were dismantled, others were renovated and modernised In order to attract new residents. Whole rows of blocks were torn down and in some buildings the upper floors were removed. As measured by the residential units, the former residential area “Fritz Heckert” was “downsized” by a third until the year 2009.

In the neighbourhood of our festival centre the modification and the restructuring are still clearly visible. The Kaufhalle - our festival centre - is surrounded by a mixture of refurbished and unrefurbished prefab buildings, some new houses from the recent past and alongside the open fields which mark  the edge of Chemnitz. In this tension of contrasts we stage this year's festival.

The art and culture festival Begehungen has been taking place in Chemnitz since 2003 - as the largest off-culture event in the city. The trademark is an unconventional and low-threshold approach to art. For this reason, the inspections are not just a temporary art exhibition, they are a social meeting point for people of all kinds. An extensive supporting program consisting of performances, readings and concerts is also an essential part of the festival.

The tradition of the annually changing location is important and committed to the festival name. In addition to micro areas on the Sonnenberg and the Brühl, a former prison, an old school, the Rabenstein Palace of Culture, a garden section and abandoned industrial buildings.

We are an inclusive and accessible festival with extensive offers. Admission to all program items and to the exhibition is free.

We have a common idea.

One likes to build, one likes to talk. Some like to discover unused places. Everyone looks forward to visiting from other countries and to young art.

One is interested in music and bands, one likes theater. Some want to be part of what's going on in the city, others just have a nice weekend. One soldered and wired, one thought about Chemnitz and Europe. Some like to bring light into the dark, others want to break down barriers. Everyone likes to get dirty.

We want a festival for everyone.

Impressions from the past few years 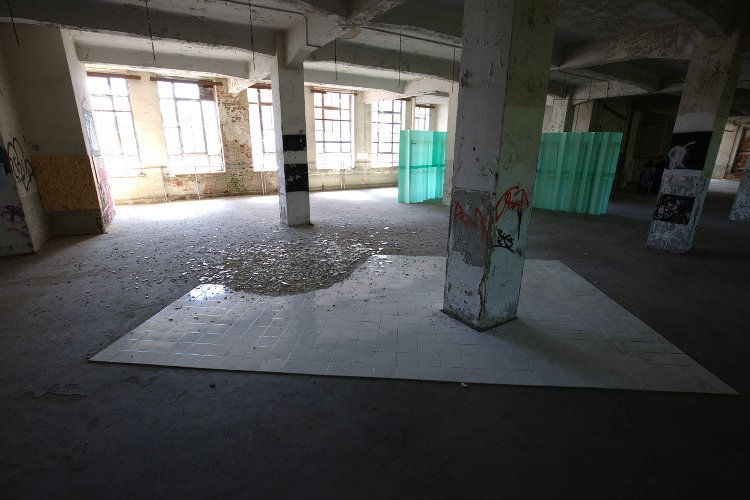 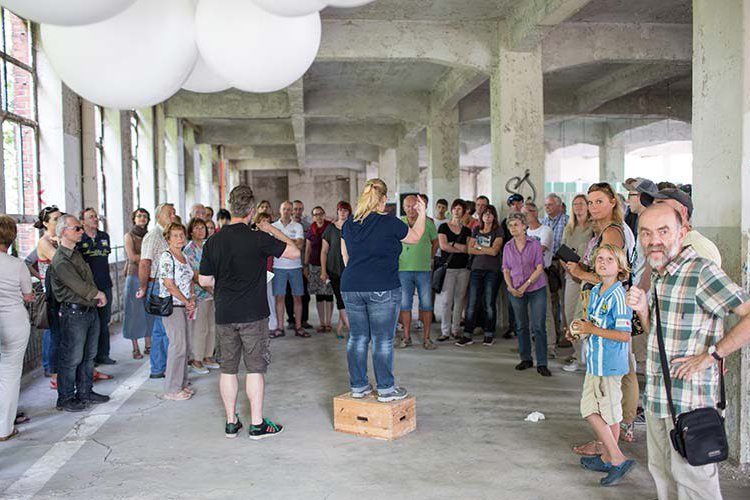 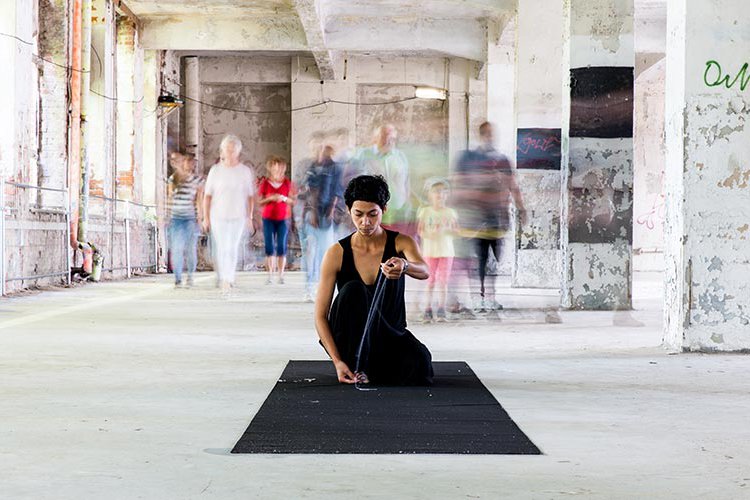 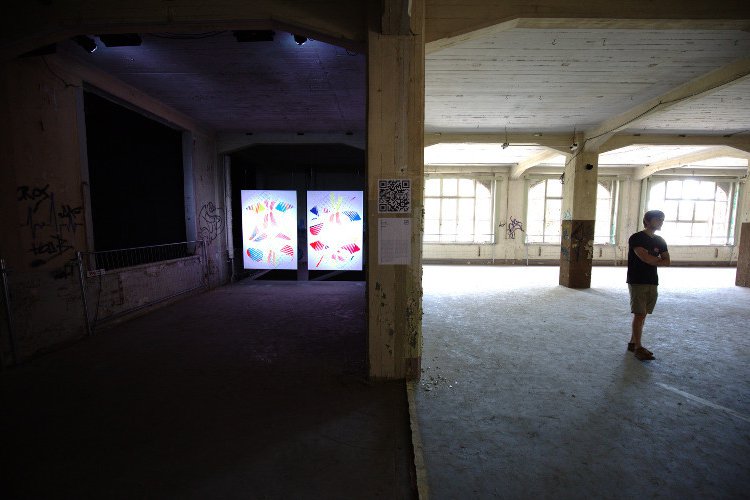 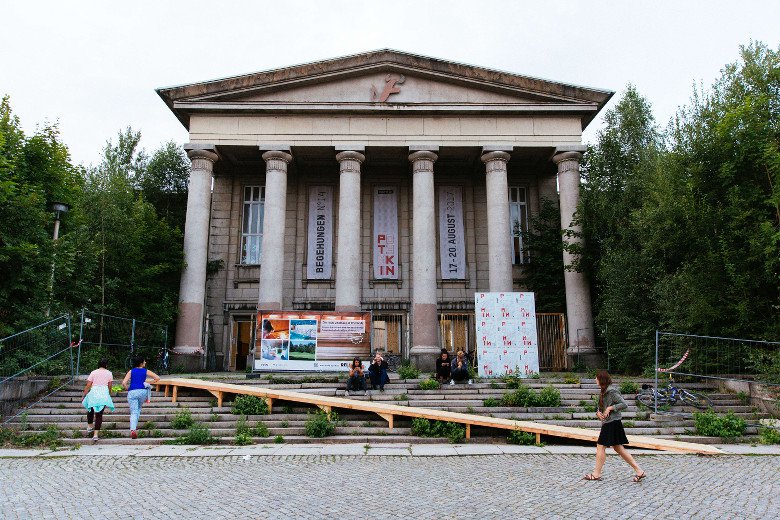 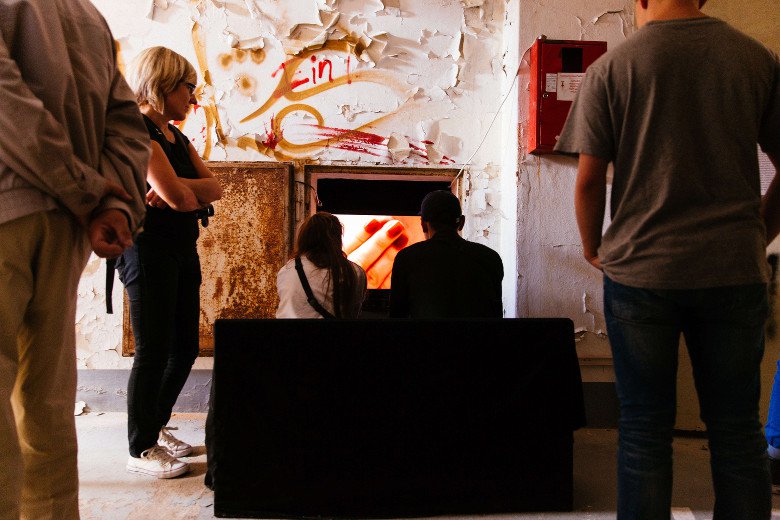 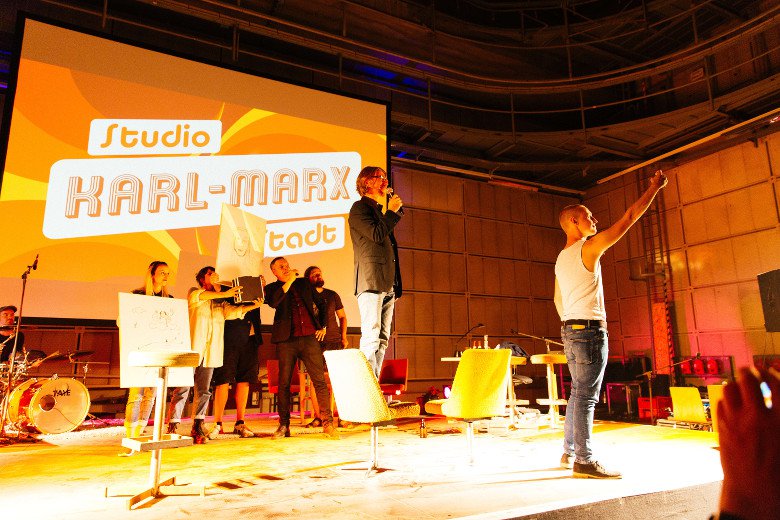 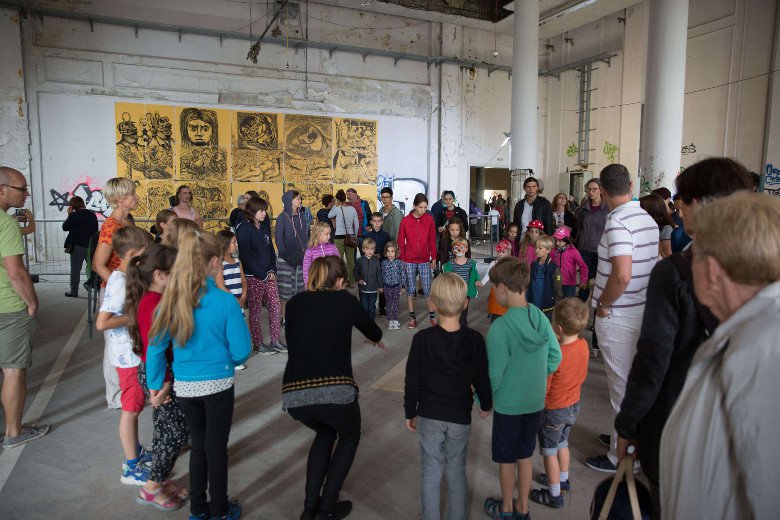 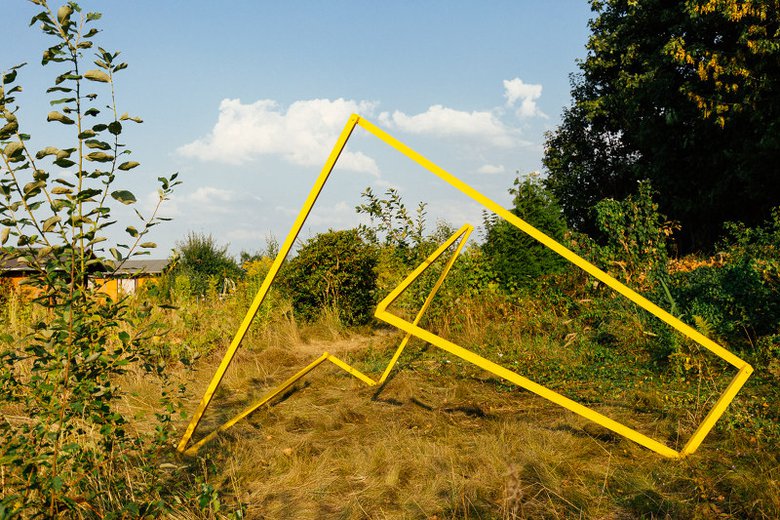 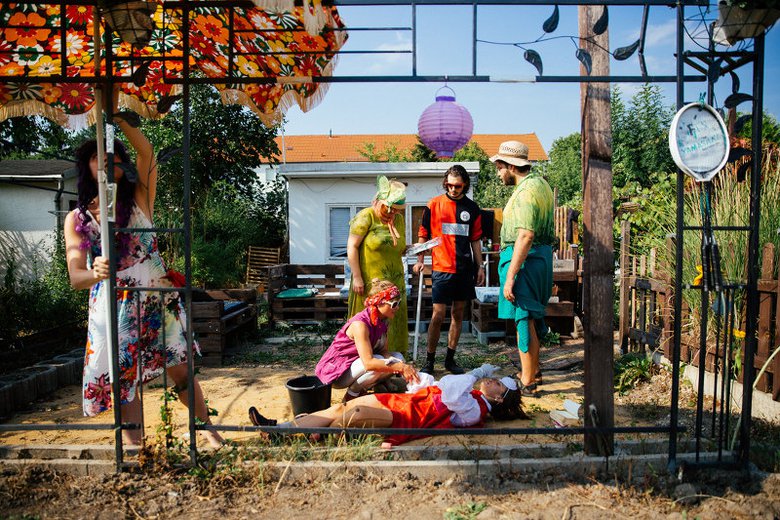 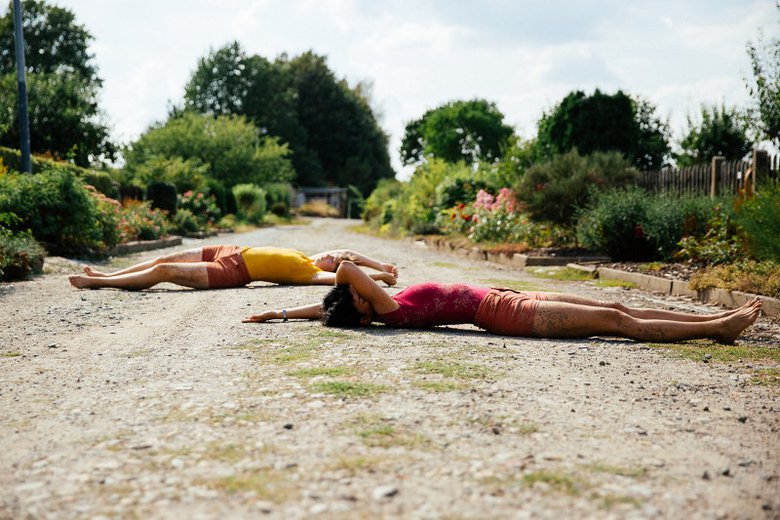 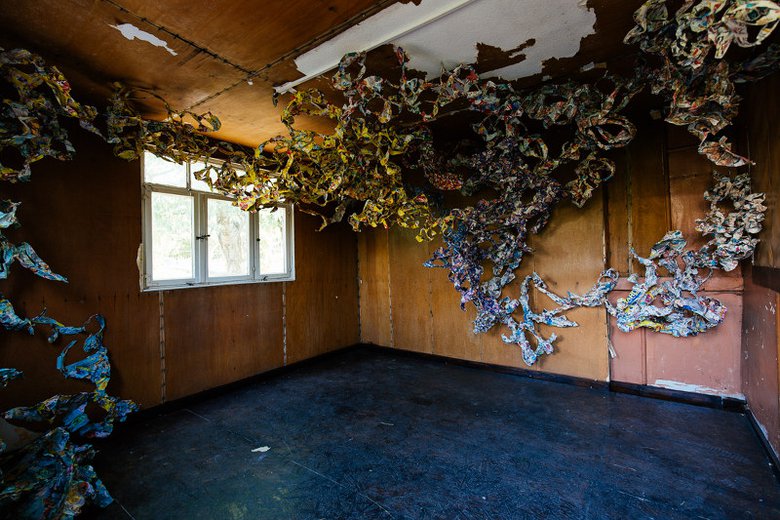 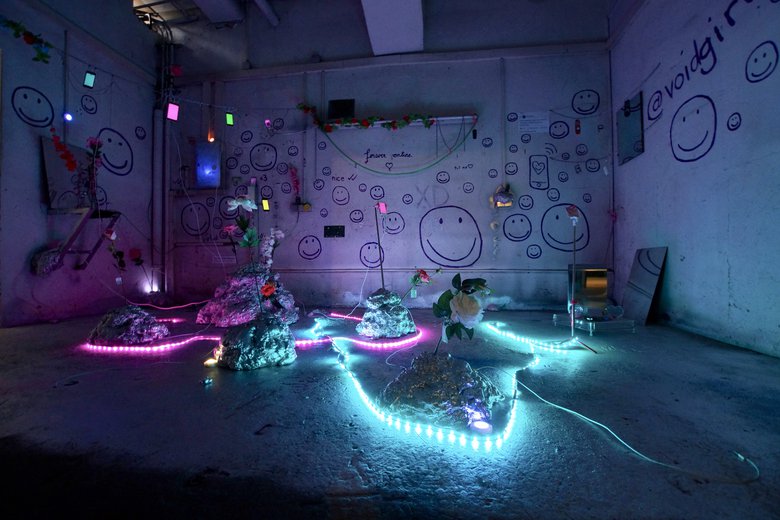 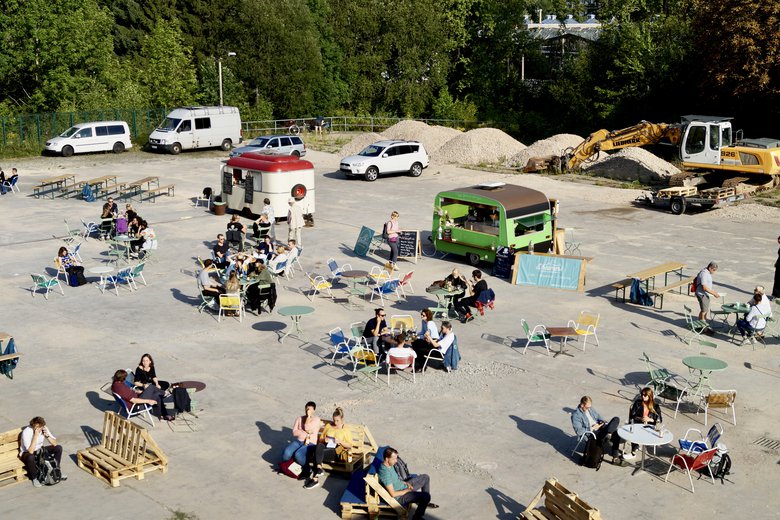 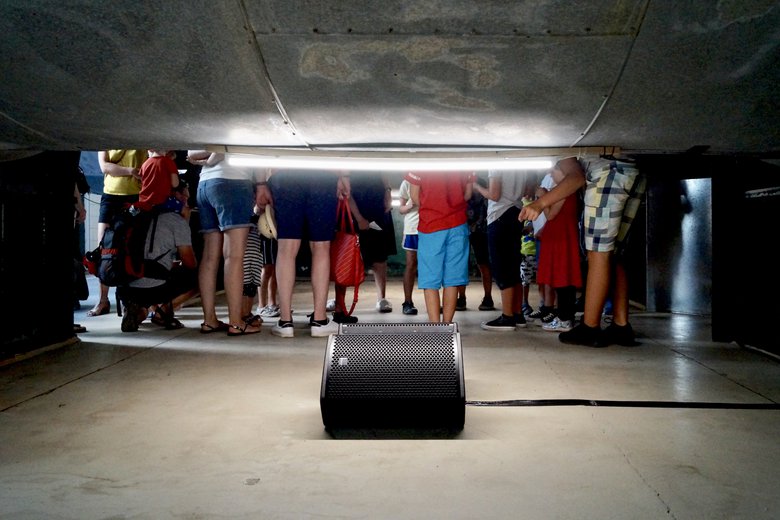 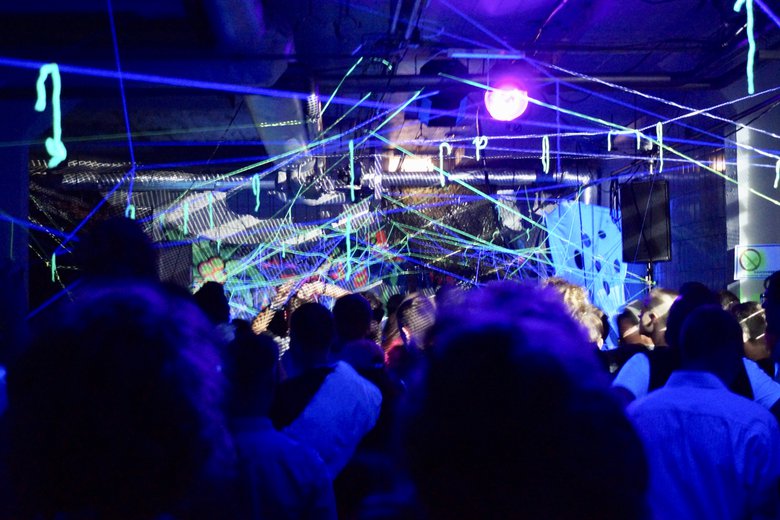 This is a fullscreen modal